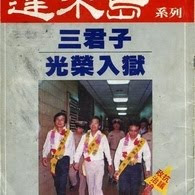 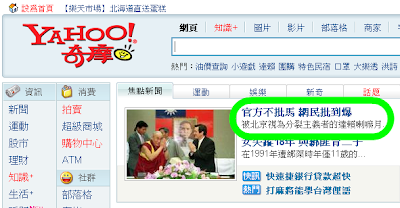 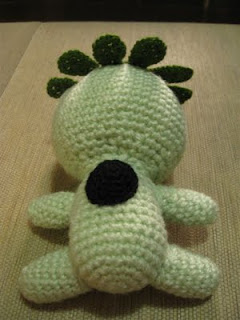 【觀影心得】荷頓奇遇記 Horton Hears a Who! 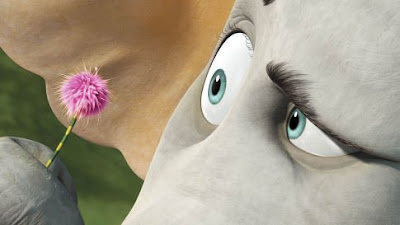 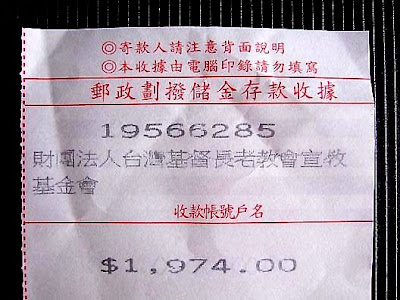 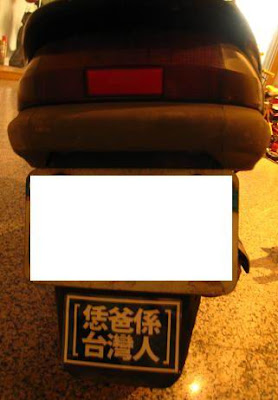 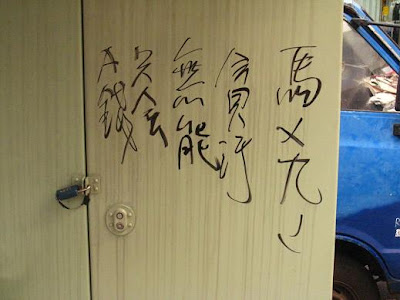 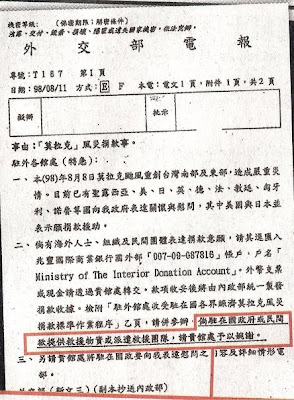 SINFA, Taiwan – Barefoot and helmeted, the frightened survivors of deadly Typhoon Morakot dangled high over jagged rocks and a raging river Thursday as soldiers hauled them to safety one by one along a 100-foot-long cable.

On the far side, a few dozen waited near a hand-painted sign on the craggy foundation of a destroyed bridge: "32 people died here SOS."

The perilous rescue was part of a massive military effort to save hundreds of stranded villagers after the worst flooding to hit Taiwan in 50 years. Some 14,000 villager have been rescued since the typhoon struck five days ago; hundreds more are feared missing or dead.

As criticism mounted Thursday over Taiwan's response to the disaster, the government dispatched another 4,000 troops to work with the 14,000 already deployed. Many of them are working in Kaohsiung County, a mountainous farming region in southern Taiwan.

The rugged terrain and widespread devastation played havoc with rescue efforts following the storm, which dumped 80 inches (2 meters) of rain on the island over the weekend.

Soldiers in fatigues and heavy gloves resorted to using a makeshift zipline to haul survivors from the village of Sinkai over the Ba Si Lan River where the bridge was wiped out. For hours they labored, rescuing everyone from a young boy in shorts to an elderly woman who brought along a couple of shopping bags worth of belongings.

Unbuckled from their harnesses, villagers looked dazed and frightened as they recalled the harrowing night of Aug. 8.

"It rained for days," said Li Wen-chuan, a grizzled-looking man of 68 with sparse salt-and-pepper hair, teeth stained red by years of betel nut chewing. "But the flood came so suddenly and with a tremendous roar. It destroyed everything in the village."

"This is the worst thing that has ever happened to me," he said, adding that many of the 32 who died in village were friends and family. "My life will never be the same."

Pan Yi-chang, a 32-year-old mother of two, said that when the rains spawned by Morakot began to fall, she had no inkling that this typhoon would be any different from others.

The ravaged villages — most of them scattered in neighboring townships in northern Kaohsiung County — are typically located next to mountains, and they usually have to brace for mudslides during Taiwan's annual typhoon season during June to September.

But this time was different, residents said.

"Everything happened so fast. Flooding just destroyed everything," said Pan, adding that she was lucky because all of her family survived — her husband, her two children and her mother and father.

As she spoke, Pan gazed longingly across the river toward the only home she has ever known, a close-knit community of 1,000 whose economy is based on growing mangos and guavas.

In the background, a heavy mist enveloped the summit of a nearby mountain and torrents of water cascaded down its dark green facades.

Scores of villages in the rural south of Taiwan were devastated by the typhoon. One of the worst affected is Shiao Lin, where hundreds remain missing after a catastrophic mudslide spawned by days of torrential rain.

Taiwan's official death toll from the storm now stands at 108, with another 62 listed as missing. That does not include the toll in Shiao Lin and other remote communities.

Many of those rescued say they can never return to their villages because there is nothing left to return to.

Li, the grizzled veteran of Sinkai, is not one of them.

"I am going back," he said. "Sinkai is where my roots are. I have no other place to go."

Many complained that the government was too slow to mobilize the rescue and cleanup effort, saying more victims could have been saved if they had moved sooner and faster.

"Why does the government say only useless things?" a woman eager to learn the fate of relatives trapped in Kaochung village in the south asked. With tears filling her eyes, she told TV reporters: "I've been waiting for several days, yet there has not been anyone going to rescue my family."

In a short interview with CNN, President Ma Ying-jeou blamed the severe damage brought by the flooding on villagers' inability to get out of their communities before the storm.

Authorities in Kaohsiung County did ask inhabitants from the villages most severely battered by Morakot to leave before the storm, but they did not try to forcibly remove the residents, and some villagers decided against leaving.

"They were not fully prepared. If they were, they should have been evacuated much earlier," Ma said. "They didn't realize how serious the disaster was."

Ma did not comment on whether the government was doing enough to help with the evacuation.

So far some 14,000 villagers have been rescued — including 600 on Thursday, the island's disaster relief center said.

Another 2,000 villagers were staying either in open fields or on higher ground and waiting to be taken to shelters, it said. Several hundred more — no one is sure how many — remain unaccounted for and are feared lost in the mudslides.
張貼者： Nathan 於 下午8:26 0 意見 這篇文章的連結
以電子郵件傳送這篇文章BlogThis！分享至 Twitter分享至 Facebook分享到 Pinterest
標籤： 馬英九 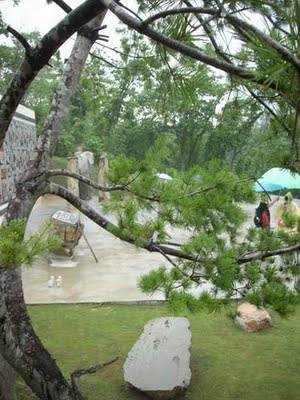